“Now, all the members of the academy who has directly or indirectly worked with these five players are excited to see how these players develop and adapt in a full-time environment of rugby.” END_OF_DOCUMENT_TOKEN_TO_BE_REPLACED

Mugford was asked to come on board as a fly half when AJ MacGinty came away with an injury in the hamstring. Mugford scored three penalties that gave the Sharks team a lead of 9-7 by half time. The Quins on the other hand were trying to stay on with Chris Robshaw trying his best for his team. David Seymour was able to score a victory. END_OF_DOCUMENT_TOKEN_TO_BE_REPLACED

Anglesea said that the team has done very well against Edinburgh, one of the best performing teams at the Pro12. They were a tough opposition for the Sharks and everyone in the team got a run out. He felt that the rustiness that Sale showed against Fylde did not affect the outcome of the game and the team was able to win the game. This is very important and will bring a lot of positive feeling in the player’s mind before the Premiership. END_OF_DOCUMENT_TOKEN_TO_BE_REPLACED

If you have followed the match you would have witnessed how George, in the role of a flanker, helped to score in the opening try. The game had been held at the Manchester City Academy stadium. Here the hosts were successful in overpowering Italy at a score of 48-10. The campaign kick started in a great way as a result of the opening try.
END_OF_DOCUMENT_TOKEN_TO_BE_REPLACED

The 21 year old forward Neild is also an England under-20 player is also tipped to enjoy full international honors after putting up a grand show at the AJ Bell Stadium. Steve Diamond, the Sale director of rugby, is delighted to have struck the deal with Neild. Diamond said that Neild is a very good player who showed his true potential last season. The club is really pleased to have signed an extension contract with him and he is sure that Neild will progress and become one of the pillars of the team this season. END_OF_DOCUMENT_TOKEN_TO_BE_REPLACED 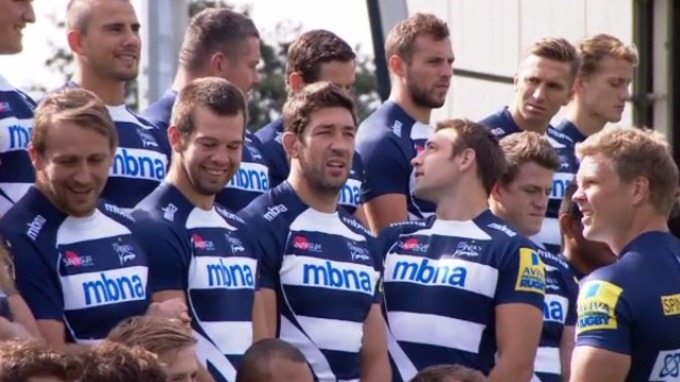 Sharks are fully aware of the large amount of student population in the Manchester area and its surroundings. In order to bring in more crowds to the stadiums for the Sharks matches to boast the support for the team, Sharks has decided to offer tickets at great value for all students with a student card. With the kind of fan following that some of the top players of the Sale Sharks team have, there is no doubt that the student community will take advantage of this special offer. END_OF_DOCUMENT_TOKEN_TO_BE_REPLACED