“Now, all the members of the academy who has directly or indirectly worked with these five players are excited to see how these players develop and adapt in a full-time environment of rugby.” END_OF_DOCUMENT_TOKEN_TO_BE_REPLACED 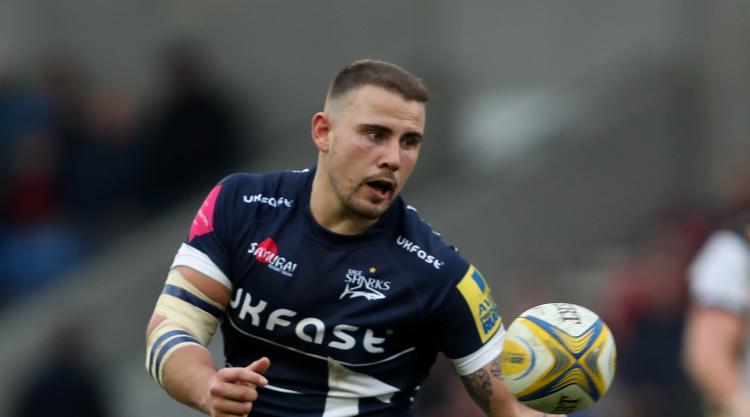 On Wednesday, a lengthy statement was released by Sale where they made their argument insisting that the player had not breached his contract. They also stated that no precedent had been set following their settlement with the Tigers. END_OF_DOCUMENT_TOKEN_TO_BE_REPLACED

Denny Solomona continues to be an asset for the team, though his recent agreement to transfer to England might mean that Sale would soon lose his talents. In the game against Exeter he was able to give the team a lead of 19-5 within half an hour of the game starting off. George Nott however, feels that they can carry such leads through and what happened in Sandy Park was simply a one off for the team. From their performance in the game against Exeter what is apparent is the need to hold on through the duration of the game. Their opponent had fought back later and secured a semi final on home grounds. The Sale Sharks have completed three consecutive games without a win. They would now be heading for their next game against the Worcester Warriors. END_OF_DOCUMENT_TOKEN_TO_BE_REPLACED

Sales Sharks’ pair, Tom and Ben Curry, made Aviv Premiership Rugby history last Sunday when they became the fourth pair of twins to play side by side up in the top flight.

The duo, who are 18 year olds, had earlier in the year, become the first set of twins to play for England when they featured in games at the Under-18 Nations tournament.

The pair were in the Sharks game where they were defeated 34-24 by Wasps at the Ricoh Arena. Tom had come off the bench to join the game in the second half of the game.

Ben started the game, which was his first Aviva Premiership start, and went on to play all 80 minutes at the back row. Tom however joined him just before the hour mark at the park.

For Tom, his first debut for the Sharks, had come last month in the game against Bristol Rugby, where he went on to score a try at his first appearance. Ben, on the other hand, made his bow in the home clash with Saracens just last weekend. END_OF_DOCUMENT_TOKEN_TO_BE_REPLACED

If you have followed the match you would have witnessed how George, in the role of a flanker, helped to score in the opening try. The game had been held at the Manchester City Academy stadium. Here the hosts were successful in overpowering Italy at a score of 48-10. The campaign kick started in a great way as a result of the opening try.
END_OF_DOCUMENT_TOKEN_TO_BE_REPLACED